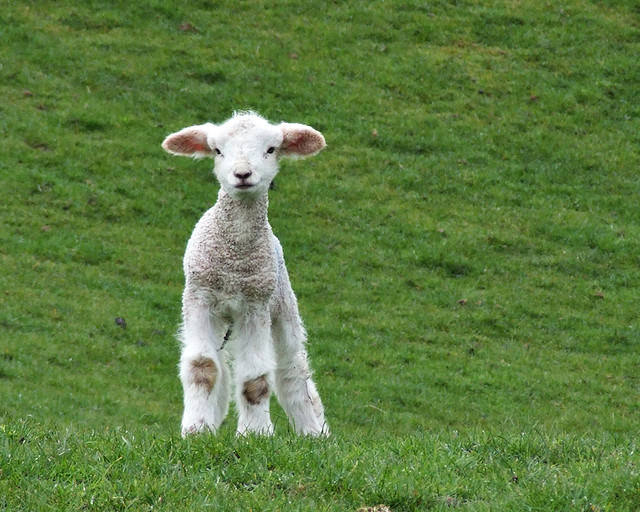 While on a walk in the nearby forest I came across a lamb grazing in an open pasture. The lamb was home in this place. The sun beat down on the late autumn day as the animal trod graciously along the earth, frequently stopping to taste the fragrant grass beneath it. Wanting to learn more, in the way of my training, I took a step forward. Cautiously at first, I approached the lamb.

As I was equipped with a scale and a ruler, I took the lamb’s measurements. I observed its feeding methods and took note how it traveled along the yielding ground. I examined its wool, wondering the temperature the lamb underneath would be kept in the wintertime. I scrutinized its sound against other tones cataloged in my mind.

Having expended my options I took the lamb away with me to a lab, in order to continue experimentation. Wanting to capture its true nature in order to extend my findings to all who would study lambs after me, I painlessly took its life. Dissecting the lamb I noticed its organs and how its digestive system worked. I noted the distinction of its physiology to that of other animals. I cross-sectioned and test tubed and electrified and poked and prodded along in my studies.

Until in the end, as I gazed around me, I realized that the lamb was gone. Having taken it away with me, in the way of my training, I had taken the lamb to a place it did not want to travel. If I could relive that autumn walk, equipped with a scale and a ruler, I simply would have stopped to watch the lamb, for in the end I would have known it in a greater fullness.