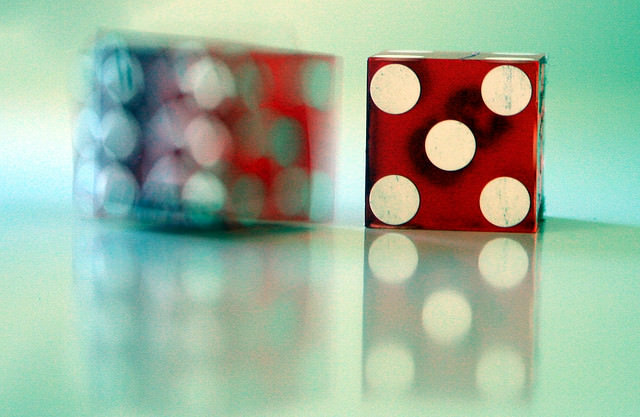 There’s an interesting article over at ABC News explaining that the number of Americans buying into evolutionary theory has been in decline. The story attributes this surge of opinion to several sources, including “religious fundamentalism, inadequate science education, and partisan political maneuvering”. While I’m not currently interested in discussing the relevancy of these possibilities, the article also talks about the misuse of probability theory by creationists. Here’s a snippet of the argument:

A bit more specifically, the standard argument goes roughly as follows. A very long sequence of individually improbable mutations must occur in order for a species or a biological process to evolve. If we assume these are independent events, then the probability of all of them occurring and occurring in the right order is the product of their respective probabilities, which is always an extremely tiny number. Thus, for example, the probability of getting a 3, 2, 6, 2, and 5 when rolling a single die five times is 1/6 x 1/6 x 1/6 x 1/6 x 1/6 or 1/7,776‚ one chance in 7,776.

Check out the above link to read the rest of the story.