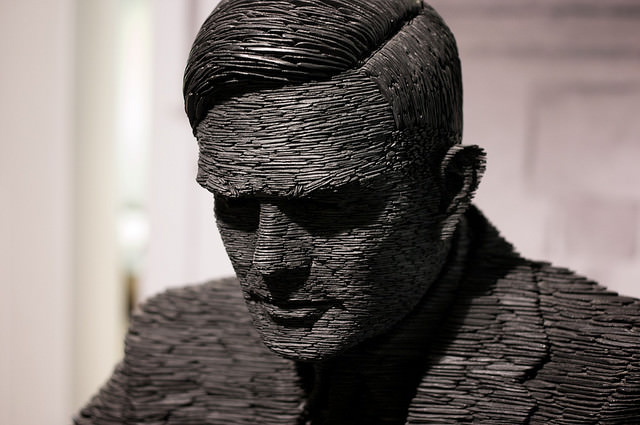 I can’t remember exactly how I came across this hilarious article, but I highly suggest checking it out (warning: it contains what some might deem slightly offensive language). It’s all about a guy named Jason who keeps being mistaken for a robot in his instant messaging conversations. It’s highly amusing. For those of you who don’t know, Alan Turing proposed a test in 1950 to gauge whether or not a computer can think. Here’s briefly (and incompletely) how the test goes:

This is a simplistic version of the test, but it’s definitely the gist of it. In Turing’s paper he guessed that by the year 2000 a computer would have been built that was able to pass the test. He was wrong. Even now, in 2007, a computer hasn’t been built that has consistently passed this test. Interesting, huh? The full text of Turing’s paper which details the Turing test can be read here. The article is called “Computing Machinery and Intelligence”. It’s an accessible paper for anyone with these types of interests. And for more information regarding the Turing test, check out its Wikipedia article here.