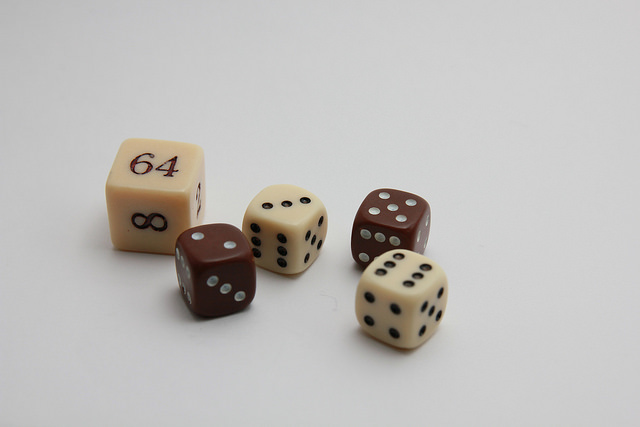 In 1997, chess champion Gary Kasparov was beaten in a 6-point match against a computer. It was the first time this had ever happened. The computer, named Deep Blue, was developed by IBM after some Carnegie Mellon University graduates joined the company. Here’s what Wikipedia has to say about the hardware computing power of Deep Blue:

The system derived its playing strength mainly out of brute force computing power. It was a massively parallel, RS/6000 SP Thin P2SC-based system with 30-nodes, with each node containing a 120 MHz P2SC microprocessor for a total of 30, enhanced with 480 special purpose VLSI chess chips. Its chess playing program was written in C and ran under the AIX operating system. It was capable of evaluating 200 million positions per second…In June 1997, Deep Blue was the 259th most powerful supercomputer according to the TOP500 list, achieving 11.38 GFLOPS on the High-Performance LINPACK benchmark.

Brute force. That’s how the computer got the job done. Of course, it’s never that simple. But there is one thing that can be said for certain: If you lose a game of chess, it is because you were outplayed. Plain and simple. And I think it’s for this reason that chess became an apt metaphor for modernist notions of intelligence. Stereotypically speaking, if you ask a person the question of what game smart people play, I would guess that chess would be the most common answer in the western world (perhaps Go in the eastern world). The fate of this game is in the hand of the players entirely. There is no chance involved, with the one exception of which player plays first.

As a child, I had a hard time enjoying games that involved a substantial amount of probability. “What’s the point,” I thought, “of playing a game skillfully if it’s possible for me to lose at the last possible moment due to a bad roll of the dice or a badly dealt card?” But as I’ve grown older, I’ve come to enjoy games like this MORE on average than straightforward skill games like chess. Enter backgammon.

For those of you who don’t know backgammon, I suggest checking out the Wikipedia page here. Backgammon has been played for 5,000 years, and has evolved substantially over that time. For example, of the additions to the game, the doubling cube, drastically changed play and was introduced less than 100 years ago. Backgammon is not like chess. In a single game of backgammon, it’s quite possible for a novice to beat a master due to elements of chance. Said another way, it’s possible to play the best possible game of backgammon you can based on your dice rolls and still lose. And this is the aspect of the game that makes it an apt metaphor for the 21st century. While the 20th century dealt with certainty, the 21st will deal with probability.

And this is not to say that games like backgammon are somehow more subjective than games like chess. There are some amazing machine learning techniques used to study the game (e.g. TD-Gammon), and there are quite a few computer programs, such as GNU Backgammon, that use these techniques to outplay human opponents. Poker games like Texas Hold’em also involve an element of probability, and have grown wildly popular over the last many years. And those of you who know poker know that there are rules that govern “right” playing. Though the cards dictate play, there are strategies that maximize gain and minimize risk. The same is true of backgammon. And with the game popping up in popular culture a bit more, like in the television show Lost, I can only see backgammon growing in popularity.