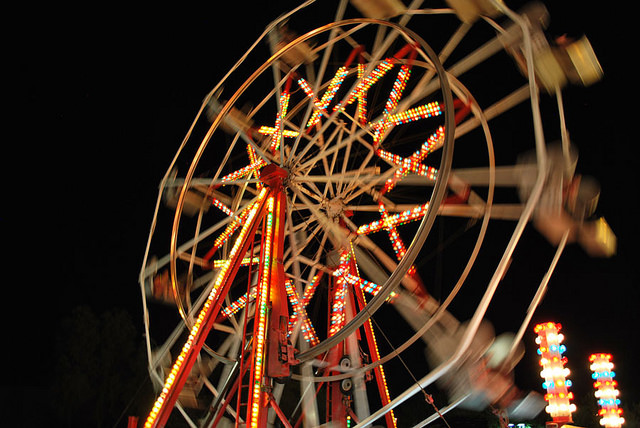 Welcome to the 37th edition of the Carnival of Mathematics!

In preparation for this edition, I actually managed to secure an exclusive interview with the number 37, and have included a small portion of our conversation below:

37: Oh, not much. I’ve always had a fairly good life given that I’m not only a prime number, but a lucky, irregular, AND unique prime. It’s summertime where I live, so mostly I hang out by the pool with my good friends 16, 21, and 28. We’re in a band together called the Padovan Sequence.

LN: Wow. That’s very interesting. I’ve heard that some people think you’re unlucky though. What do you say about that?

LN: Understandable. I can see the confusion. I’ve heard that there’s a website out there that’s all about you, is that true?

37: Yes, and I must admit that I’m a bit embarrassed about it. Just because I pop up in all sorts of scientific, cultural, and historical situations doesn’t mean that I should have a fansite. I mean, come on now, people…

And it went on like that for a while…

Speaking of prime numbers, let’s kick the carnival off with this article submitted by Jeffrey Shallit from Recursivity about a Rutgers graduate student named Eric Rowland who has proved a new prime-generating formula that’s quite simple. There are some great comments on this post that include various programming implementations of the formula.

Over at Walking Randomly, Mike Croucher has posted his second Integral of the Week involving an exponential function and the square root of pi. The twist on this problem is that he gives you the evaluation and asks you to prove it. In addition, he’s asking readers to exclude the common evaluation method of converting the integral to polar coordinates. He’s taking solutions via the comments on the site. There are already a few proposed solutions, but take some time to think it over before jumping straight to the comments!

“A” presents an editorial on Being Bad at Math posted at It’s the Thought that Counts. This post is about the popular idea that it’s acceptable to confess a total lack of math ability, even though equivalent statements about difficulty in something like one’s native tongue would be seen as embarrassing. This post explores a cultural brushing off of mathematics, and how this idea should no longer be tolerated in the twenty-first century.

Another great lesson in math and culture comes from Barry Leiba, who points out a personal pet peeve of mine in his article That’s a mean median posted at Staring At Empty Pages, namely that people often incorrectly equate “median” with “average”, even at the New York Times. This one should get the blood of you stats people out there boiling!

Given the impending American presidential election, Barry Wright, III presents an educational post entitled Plurality Winner, Condorcet Loser? at fashionablemathematician - mathematics. The contents of the article explores various ideas that Barry is exploring from Donald Saari’s Basic Geometry of Voting, which is a text he is using “both for research purposes and to prepare to TA a class on the mathematics involved in Democracy, voting systems, and the like”. By definition, “a Condorcet winner is one which is ranked higher than every other alternative in a majority of decisions” while a “plurality winner is an alternative which receives more first-place votes than any other alternatives”. As the title implies, there is an interesting case when one can be both a plurality winner and a Condorcet loser. Good stuff.

In The Universe of Discourse : Period Three and Chaos posted at The Universe of Discourse, Mark Dominus gives us some information about Möbius functions, which are of major importance in complex analysis, where they correspond to certain transformations of the Riemann sphere. In particular, he looks at Möbius functions with real coefficients. In this post he talks about functions with a periodic point of order 3 (where f(f(f(x))) = x for some x) in connection to the Sharkovskii’s theorem. Both of these concepts are explained more fully at the link above.

Denise presents Math History on the Internet posted at Let’s play math!. She presents links for some WONDERFUL historical resources available on the web. As she says, “the story of mathematics is the story of interesting people. What a shame it is that our children see only the dry remains of these people’s passion. By learning math history, our students will see how men and women wrestled with concepts, made mistakes, argued with each other, and gradually developed the knowledge we today take for granted.” There’s some really great stuff available at this link for anyone interested in picking up some mathematics history!

In his post Playing with Permutations at Reasonable Deviations, Rod Carvalho proposes a 2-player game. The goal is to find out whether a necessary condition is also sufficient. This game blends Combinatorics with Algebra, and even Algebraic Geometry. It’s an interesting game to consider and builds on a few other posts that Rod has written since January 2008.

Ron Cook from The Endeavour gives us an explanation of Random Inequalities in thisthree part series. Random inequalities are often used in Bayesian clinical trial methods, and should interest all the stats people who are reading. The first part introduces the reader to the concept of random inequalities, the second part shows how they are analytically evaluated, and the third shows how they are numerically evaluated when analytical evaluation is not possible.

Lastly, Heather wants us to think about Burnt Pancakes and Godzilla at her article 4, 6, 8, 10, 12, 14,?.What comes next? posted at 360. As she explains, “the Burnt Pancake problem involves pancakes of different sizes, each with one burnt side, piled up on top of one another.” It’s great content explained in an entertaining manner. FYI, Godzilla evidently wears a chef’s hat when cooking pancakes.

Here are a few more submissions that have come in since I initially published last night:

Alvaro Fernandez presents Top 10 Brain Training FutureTrends posted at Sharp Brains.This article discusses the concept of “brain training”, or how we keep our brains fit. This is particularly interesting given that mathematics is commonly perceived as a game for the young, as evidenced by this XKCD comic. Take care of your brains, people!

Are you aware that there is an Encyclopedia of Triangle Centers? David Eppstein is, and he describes another kind of triangle center, different from the ones at the Encyclopedia, here.

Catsynthasks the question, “What do you get when you mix a cat and a Fourier Transform?” in this post. Education and entertainment ensue! The lesson to be learned is simple: be careful of what mathematical transforms you perform on your pets. Obviously.

That’s all for this edition! If you’d like to post any additional articles to this edition of the Carnival, please contact me. I’ll be taking submissions through Sunday evening. Otherwise, stay tuned for the next edition which will be hosted by CatSynth.