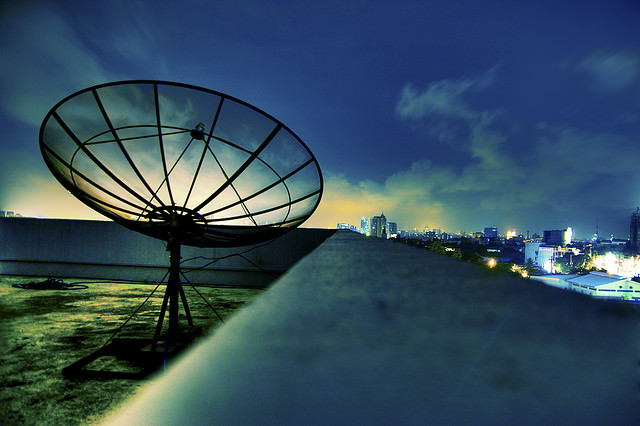 According to its Wikipedia entry, a numbers station is “a shortwave radio station of uncertain origins.” According to both direct and indirect evidence a numbers station is a radio station used by a government to communicate secretive information to its spies. A stereotypical numbers station broadcast is basically comprised of a seemingly nonsensical sequence of numbers or letters read by a human voice. The idea is that the spy listens to the broadcast and then is able to decipher the sequence using a previously received decoder. In theory, if the spy has kept the decoder secretive, the code is almost literally unbreakable. In other words, this is a fairly secure way to pass sensitive information.

You can listen to a good example of a numbers station broadcast here. I suggest not listening to this alone at night, as it sounds a bit creepy. This recording is one of many included in the Conet Project, which according to Archive.org is “the first comprehensive collection of Numbers Stations recordings released to the public”.

Given the news of various NSA activities in America over the last several months I thought it would be interesting to write something about “spy” activity. There’s a lot of great in-depth information (including many audio examples of numbers station broadcasts) located in both the Wikipedia article and on Archive.org (both previously linked), so I suggest checking these out if you’re interested at all. Who knows, the next time you turn on a shortwave radio maybe all you’ll hear is numbers.