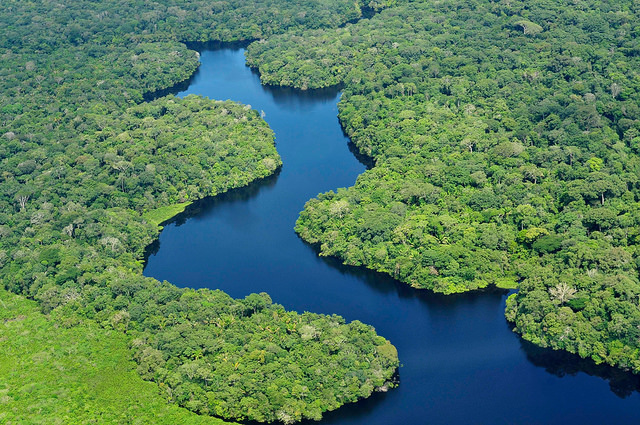 I came across this article today on Science Daily that talks about the Pirahã, which, according to Wikipedia, are “an indigenous hunter-gatherer tribe of Amazon natives, who mainly live on the banks of the Maici River in Brazil”. The Science Daily article introduced me to the fact that this tribe has no concept of precise numbers. While they do use indefinite numerical terms such as “some” and “more”, this group does not seem to have any representation for concepts such as “one” or “two”. As MIT professor Edward Gibson states, “here is a group that does not count. They could learn, but it’s not useful in their culture, so they’ve never picked it up.” Absolutely fascinating. You should certainly check out the two links above, especially the portion in the Science Daily article that describes some of the experiments carried out by Gibson and his MIT team that have further illuminated this portion of the Pirahã culture.

This article intrigued me so much that I dug a bit deeper, and found that Daniel L. Everett, the Chair of Languages, Literatures, and Cultures from Illinois State University, has spent a good portion of his career working with the Pirahã people. He has collaborated in the past with Gibson on various projects in the past. Some info can be found here. There’s a great New Yorker story that was published in April 2007 on Dan here that’s certainly worth a look. Here’s a teaser from this article:

The Pirahã, Everett wrote, have no numbers, no fixed color terms, no perfect tense, no deep memory, no tradition of art or drawing, and no words for “all,” “each,” “every,” “most,” or “few”— terms of quantification believed by some linguists to be among the common building blocks of human cognition.

It’s a very long article, but it paints a beautiful picture of linguistics, cognition, faith, and personal relationships. It’s packed full of great questions. There’s a LOT that’s in these writings I’ve linked to that I haven’t even brought up (including the idea of recursion in linguistics), so I urge you all to read more! There are also some great links for further reading in the Wikipedia article linked to above, including several scholarly papers.