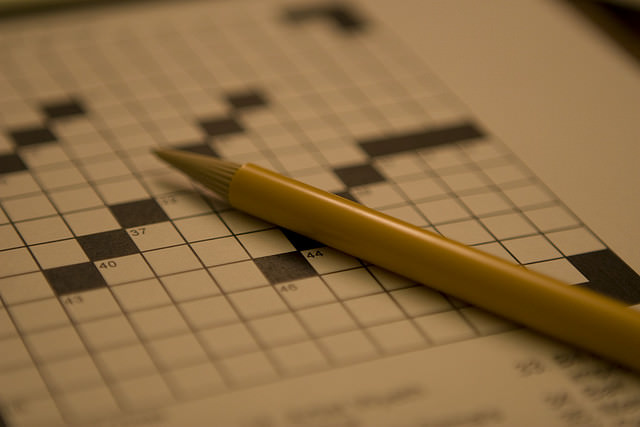 Matt Gaffney, a 15 year veteran of professional crossword puzzle writing, wrote an article in late November for Slate about the likeliness of two crossword puzzle creators replicating the same, or approximately the same, puzzle. Crosswords exhibit 180-degree rotational symmetry, meaning that “if you turn the grid upside down, the pattern of black squares will look the same as it does right-side up.” Couple that with a specifically themed puzzle (e.g. Halloween and Edgar Allen Poe), a certain number of long word entries, and general crossword rules (e.g. no two letter words are allowed), the probability may be higher than you think.

In a nutshell, Gaffney found that he had inadvertently used many similar aspects of a puzzle that had been released earlier in the year, and thus traces several reasons why this may have been the case. One interesting twist to the story is what happens when Gaffney asks a third crossword creator to write a similarly themed puzzle. Do you think that this third puzzle turned out to have similar entries to the first two? Read to find out!