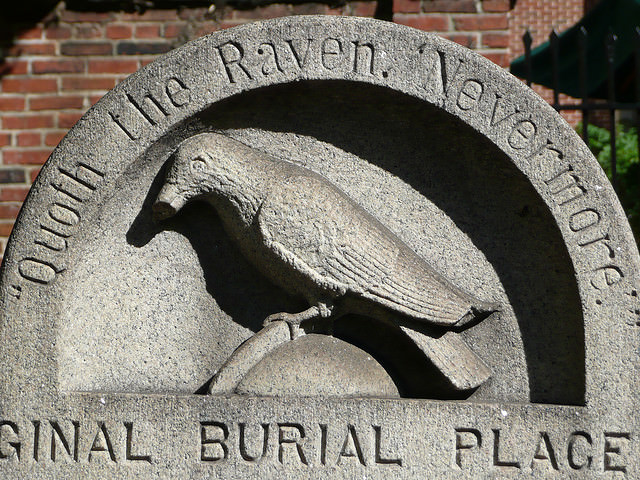 I’m trying to fill this autumn with plenty of seasonal activities, and so I’ve decided to try to read the complete works of Edgar Allan Poe during the month of October. I’ve also been reading some biographical information about the writer, and must admit that I had never heard about the cryptographic challenge that Poe issued to readers in the Alexander’s Weekly Messenger in December 1839. R. Morelli has a fantastic overview of this cipher challenge here. In sum, Poe proposed that “he could solve any simple substitution cipher that readers of the magazine cared to submit. A simple substitution cipher is one in which the same symbol stands for the same letter of the alphabet in the concealed message.”

It appears that Poe did very well with the challenge.

Also, fans of Poe’s writing will know about the short story The Gold Bug, and how this story of a treasure hunt relies on the solving of a cryptogram. Poe’s works are in the public domain, so it’s possible to read this story online through Google Books here, or to download the story (amongst others) from Project Gutenberg here.