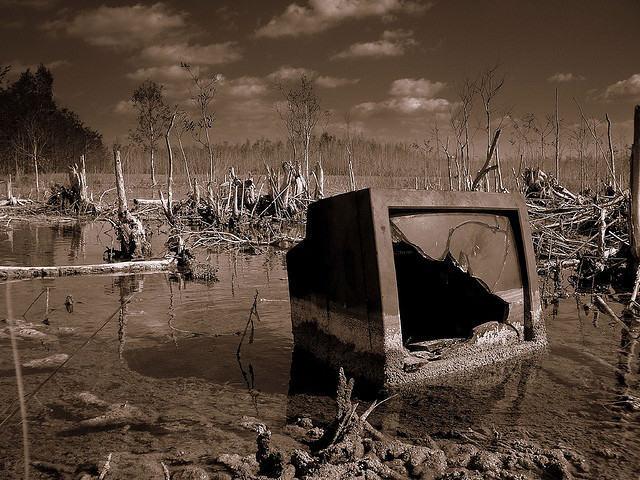 While Emily and I are in the process of totally remaking our downstairs space we’ve moved all of our belongings to other parts of the house. This includes our television, which has made its way upstairs to our “guest room”, which is now serving as our dorm living headquarters. It’s basically the only living space in the entire house right now, so it’s grand central station for the time we’re spending in the house and not sanding, stripping paint, or whatever. Since the TV is upstairs we currently don’t have it hooked up to cable. On Saturday evening, while Em was out with some old friends, I was bored and tried to check out what could be found on the television. Amidst the static I found three channels which offered actual content. The content was distressing. Rather, the content was a reminder of some of the worst parts of the American condition. Here’s what I found on the stations:

Needless to say I turned off the television quite soon after turning it on. But I still can’t quite shake the message that the three programs sent to me. It’s disturbing. But what shall I say, is this not America? At least in some of its worst forms surely it is.