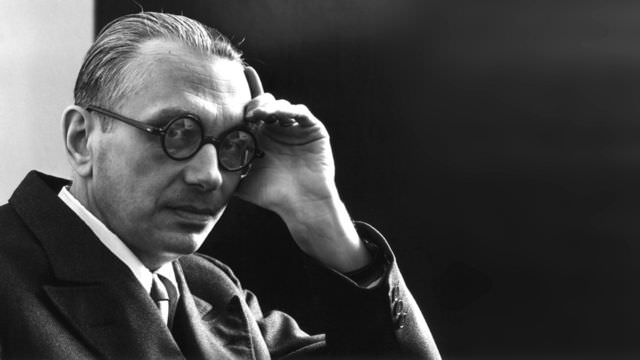 Kurt Gödel died 31 years ago today. From the little I’ve read of his life, and from the even smaller amount that I truly grasp from his work, I believe that only in reality could such a fantastic and somewhat lamentable figure come to be. He was included in the infamous Vienna Circle, but was himself a Platonist. He was shy, reclusive, and prone to illnesses both physical and mental. He was a friend to Albert Einstein. And he shook the world of mathematics in a way that destroyed the Hilbert program. In simple terms, he showed that the mechanization of mathematics could not be fully automated, or that mathematics was not something that could be neatly placed in a box and tied up with a bow.

John W Dawson Jr. explains the first of Gödel’s Incompleteness Theorems by saying, “In his 1931 paper Gödel showed that, no matter how you formulate the axioms for number theory, there will always be some statement that is true of the natural numbers, but that can’t be proved. (That is, objects that obey the axioms of number theory but fail to behave like the natural numbers in some other respects do exist.)”

John Von Neumann, certainly one of the greatest mathematicians of the 20th century, had the following to say in a letter shortly after the publication of the Incompleteness theorems:

Thus today I am of the opinion that 1. Gödel has shown the unrealizability of Hilbert’s program. 2. There is no more reason to reject intuitionism (if one disregards the aesthetic issue, which in practice will also for me be the decisive factor). Therefore I consider the state of the foundational discussion in Königsberg to be outdated, for Gödel’s fundamental discoveries have brought the question to a completely different level.

Another way of summing this up is to say, “this work has changed the way we must view mathematics.” I have to imagine that the fame of the majority of famous people peaks in the prime of life, only to wane with time and death. Only the smallest number of people see their influence grow with time, as reflection shows their achievements to be truly monumental. Gödel, I believe, sits comfortably in the latter group.

Obviously, I have a bit of a crush.