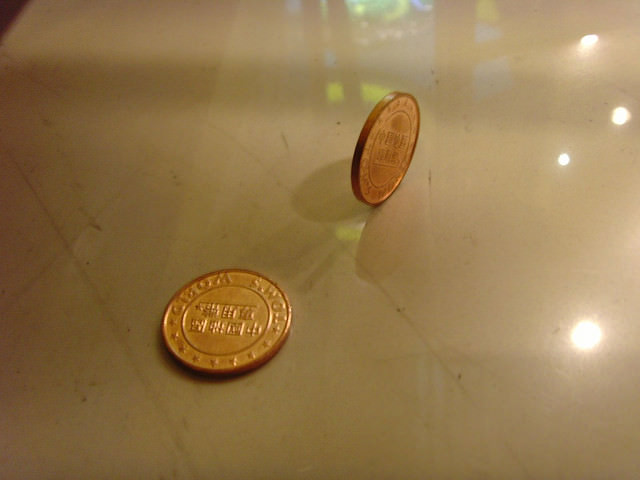 For those of you who have at any point imagined that I was in some way intelligent- you may question that appraisal after reading this post. This past week I made one of the harder decisions I’ve had to make over the past two years, and I’d like to share a bit about the experience.

If you’ve either read the “About Me” section of this website or know me personally you’re aware of the different jobs/environments that fill a typical day for me. Like so many others I juggle multiple roles simultaneously, such as husband, son, brother, employee, graduate student, pilgrim, friend, homeowner, etc. Most of the time I manage to travel through life holding the (apparent) ability to manage the varying demands of these various roles. It’s no surprise for me to say that sometimes certain roles are elevated over others, whether because of the amount of time spent in one environment, the amount of importance placed upon a role in a given time, or whatever. It’s also no surprise to say that when you find yourself focusing exclusively on only a few life roles that the others lose a position of prominence. In other words, you forget about them or ignore them.

This is simple fact. I suppose this is just another way of saying that we can’t do everything. But I tell you reader, I wish that I could do everything. I wish that I could be an exemplary example of each of my life roles. I wish I could fit everything in. I put so much pressure on myself to do everything well. Some would call this perfectionism. I would call it not only that, but an intense desire to live a balanced life. Historically I carry too heavy of a burden, but hopefully the conclusion of this story will convince you of my desire for change.

I know so many people who are doing so much more than they can handle. At least on paper. And while I do believe in a God that sometimes calls us into apparently impossible situations, I also believe that sometimes humans place themselves in unrealistic situations. Some of us are just doing too much. And even though I think we each know it, we keep pushing into the future, believing that the unwelcome intensity will one day end. Lies, I say, lies. Let’s pick up the story from here…

So last fall I took one graduate level logic class at Carnegie Mellon. The class work took up much of the free time that I didn’t have anyways. There were many days (especially Wednesdays and Thursdays) where I either didn’t really sleep or couldn’t really focus on other life roles because the graduate student role took on an urgent quality. Notice that I said urgent, not necessarily important. And while I do believe that the class was important as a whole, there was so much happening outside of class that I was missing. I wasn’t able to spend nearly enough time with certain friends. I didn’t put much emphasis on spending time with my family, especially my brother and sister whom I’d like to see more. I had no time to read or really relax. I just kept on doing. And you know what, I made it through. I finished the class while earning a fantastic grade. And yet…

During the holidays, after the semester had ended, I actually had some unbudgeted time. I had time to think again. Time to read and relax and to see a few people. And I really started to realize that I was missing something in my intense scheduling of life. In my constant doing I lost sight of both being and becoming. I could no longer ignore the ever-present voice within me whispering, “Too much.”

So although I again started another graduate class at Carnegie Mellon this spring, I won’t be finishing it. I’ve decided to wait until the fall to start full-time, when I will no longer be working a 40 hour work week along with the demands of life’s maintenance and the general joys of my existence.

I dropped the class a few days after the official grace period for taking a leave of absence ended. The financial price of my error for Emily and I: $1200, give or take. Let me state this plainly: I am paying money not to be a student this semester. So today I can conclusively state that I’ve put a price tag on the sanity of my life. Insane, isn’t it? Or maybe not. Sometimes something must break. My time for such a break is now.

Also, on this February 14, I would like to say that I have the most unbelievable wife there has ever been. She understands so much of what is truly important, and has been so supportive of me in these past several weeks where I’ve had so much happening in my brain.

Finally, I would like to publicly thank the philosophy department of Carnegie Mellon for being so supportive of me in my decision. In my experience they truly care for their students. So if anyone is checking out CMU, here’s another positive note for you to think about.