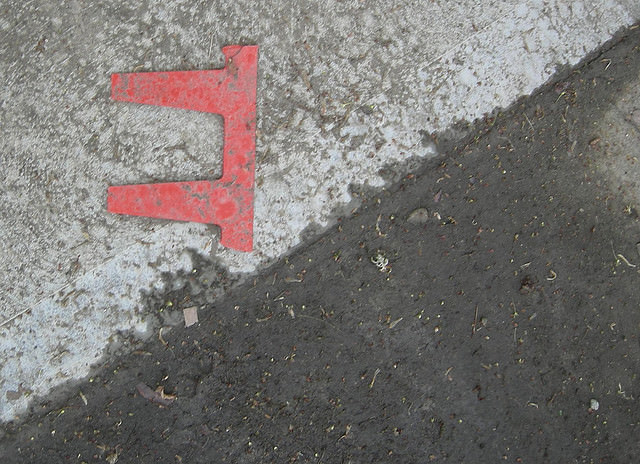 Emily and I bought a nearly 100 year old arts and crafts (verging on modern) house several months ago in Edgewood (the East side of Pittsburgh). It’s a beautiful house that was designed by Frederick Scheibler, who was a fairly well-known Pittsburgh architect around the turn into the 20th century. He has many spaces in Pittsburgh, and they’re all gorgeous. If you’ve been around the area you’ve probably seen some. For instance, one of his buildings is the Shadyside Variety Store building in Shadyside, which has gorgeous apartments on the higher floors.

Somewhere between the time that our house was built and the present there have been some substantial changes to the space, and not all of them have been for the better. For instance, several built-in bookcases and window seats have been removed and sold off. It sucks, but I suppose that’s the economics of a 100 year old home.

One of the changes to the space was that a coat closet was created on the lefthand side of the entryway. It is ugly. So ugly, in fact, that Em and I decided that it needed to go. So on Monday night I decided that I was going to begin to rip this sucker down. So I did. I started at the bottom and worked toward the ceiling, removing wood and nails and spraying dust around into the air.

There was a piece os wood paneling covering the space between the top of the closet and the ceiling, which a started to knock out with a hammer. But after several swipes I immediately noticed that there was something behind the covering. What I found was books. OLD books. There were about 30 of them and many of them were over 100 years old. Several of them still have the inscriptions inside the covers, indicating where they came from whose they were. Cool. Very cool.

Neither Em or I has any idea of how or why they got there. It’s extremely random. It’s helping us to uncover a bit more history about this house, and we might even be able to donate or sell some of them. So here’s a reason to live in an old house: it may be full of wonderful and inexplicable old stuff!